You might have noticed a while ago that Tesco value products started to disappear from the shelves, they did in my local store and I was quite concerned…

Huge amounts of products were placed in the reduced to clear section – which was great for a bargain stock up – but I was worried that those discount staples I regularly bought were going to disappear for good.

I needn’t have worried, it turned out Tesco was just re-branding a lot of their value range items. So now in place of Tesco Value pasta, you might have spotted the green packet with ‘The Hearty Food Company’ brand. What was once value range apple juice is now ‘Growers Harvest’ and good old value baked beans are now known as ‘Stockwell’ beans. They’ve even re-branded their ice cream and cakes to Ms. Molly’s products. But why?

The answer is simple… a lot of consumers are brand snobs! We automatically assume that the items in colourful packaging with a snappy or catchy “brand” name are somehow better than those in plain white wrappers with the word VALUE across the top. We think we’re getting more for our money as we subconsciously think that the item behind the packaging is somehow better than those products labelled value.
Of course, there are a lot of shoppers that don’t care about brands or those that are aware of this “rebranding” Tesco did. As you can see from my Instagram polls the reactions were very mixed though slightly weighted to the items in the more colourful packaging. I think when faced with a huge shelf full on products, we can often be drawn in by the colourful packaging, I know I certainly have.

I am very much a fan of value products, and Shane doesn’t mind them now either. However, when we first moved in together back in 2010, he was very much a slave to branded items. His mum has always bought branded items, and a lot of the time she still does, so it was what he was used to. We were both fresh out of university and on a small income with large outgoings so there wasn’t a chance I was going to compromise on paying 50p for a tin of Heinz baked beans when I could get a value range tin for 20p!

I still remember going on our first big shop together to Asda in Radcliffe. Trying to convince Shane that we needed to buy value items was hard, I think he hated the thought of a trolly full of white packets of value tins and packets. Instead, we ended up with a lot of branded items like jars of Dolmeo sauce, Walkers crisps and Uncle Ben’s rice. The cost just wasn’t sustainable. When it was time for another big shop, I went on my own with a plan in mind, I decided to start small with a few simple swaps that Shane wouldn’t notice. The first item was baked beans and after beans on toast one Saturday morning, he commented how the sauce didn’t seem as watery as usual and that they were really tasty… 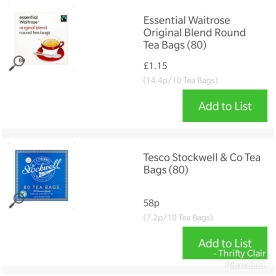 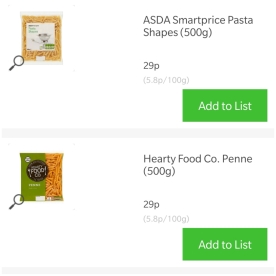 You can imagine just how smug I was to tell him they were 20p value beans and not Heinz. He was floored! I think once he got past the idea that value didn’t necessarily mean poor quality, he was open to trying much more. After that, it was a case of trialling different swaps each week, some were successful and others not so much. I think it would have been much easier to convince him to try non branded if the packaging was like the newer Tesco value brands. The stark white packaging of value products can switch some people off, I know Shane definitely made that judgement. 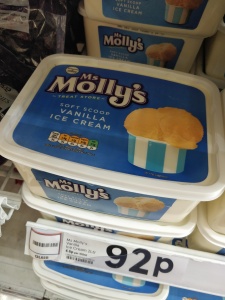 I reckon this is exactly why Tesco have re-branded a lot of their value items. Their new packaging is absolutely brilliant, what was once a bland white box of value tea bags is now a royal blue with words like “for quality and value” and “full flavoured quality” along with a nice little badge showing the product is exclusive to Tesco… which of course it is, it’s their own brand! So the next time you’re in the supermarket, think about the product that is behind the packaging. What is it you’re paying for? Is it the brand name and packing that ends up in the bin? If so, why not try to a cheaper alternative?

2 thoughts on “What happened to Tesco Value?”