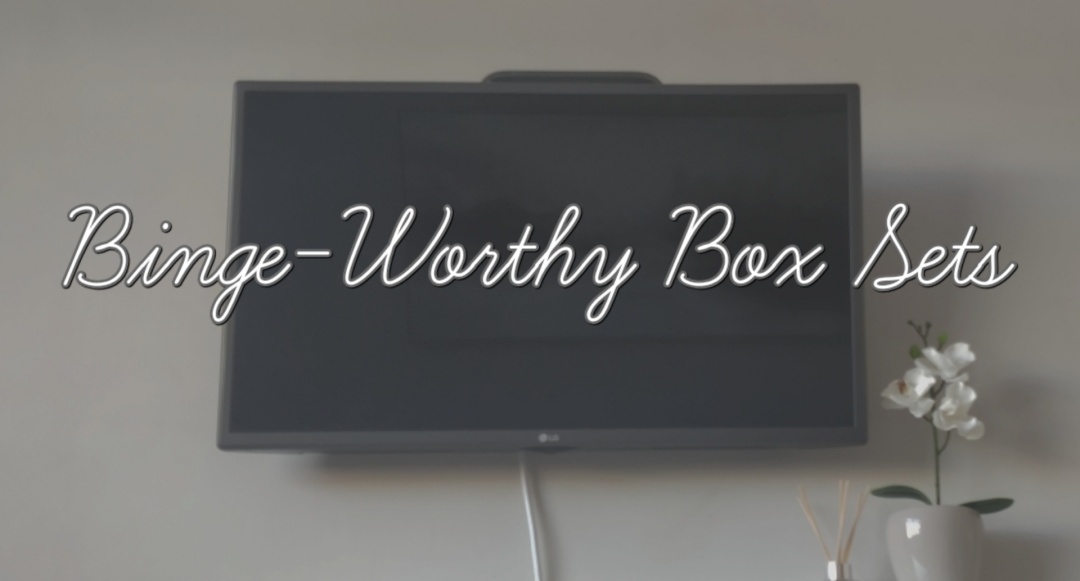 It’s week whatever of lockdown and you might be in need of some binge worthy TV show recommendations. Here are some that you might not have heard of, or maybe just forgotten about…

Both me and Shane absolutely loved Him & Her when it first came out and we are currently re-watching it. It reminds me a bit of the Royal Family but between a couple; there’s toilet humour, disgusting habits and very little plot – but that is what makes it brilliant!

I still can’t believe there were only ever two series of Sugar Rush. It tackled lots of coming of age situations and of course, questions of sexuality. Some of the episodes are a little bit questionable, especially the one with the blue hamster incident but if you’re a similar age to me (31), it’s worth watching just for the nostalgia.

This was an absolute favourite of mine when I was teenager. If, like me, you went through an angsty goth/alternative/emo phase, then this one is for you. Twenty-one year old James Franco is one of the lead characters which is an added bonus; he is joined by a young Jason Segal, Seth Rogan and Linda Cardellini – all big names now. You’ll watch it and wonder why there was never a second season!

Kirstie and Phil’s Love It or List It – All4

It’s not an old show, the fifth season was on just a few months ago, but it’s one I love. All the past episodes are available on All4. If you like house renovations and looking at houses on Rightmove, this show covers both of those things!

This has a similar premise to LIOLI, but without the fun of viewing other houses or competition of loving or listing. What it lacks in rivalry it makes up for in clever technology… Sarah Beany shows her renovation plans on a life size interactive floor plan.

Your Home Made Perfect – BBC iPlayer/BBC2

This show has the competitive rivalry from LIOLI in the form of two competing architects hoping to have their design picked to be created in real life. It also has the technological aspect of Sarah Beany’s program; the architects designs are demonstrated using Virtual Reality. Side note: I always prefer Laura’s designs over Robert’s.

One that isn’t old or forgotten about but is a brilliant one for binge watching. It has a fantastic feel good factor – which is needed at the moment – and there are absolutely loads of episodes to watch. Season 3 to the current season 14 are available on All4!

I’ve always used to watch Dinner Date and can’t remember why I stopped watching. It’s a bit like Come Dine With Me crossed with First Dates and it’s a brilliant mix that’s both funny and cringe worthy. You can watch loads of episodes from series 4 up to the current series 10 on the ITVhub.

Married at First Sight – All4

Does what it says on the tin… couples meet for the first time at the alter on their wedding day! If you haven’t watched this before, its well worth a go. I’ve enjoyed this each year it has been out and I am always so hopeful that the couples stay together, especially as the program experts seem to do so much research to pair the couples.

If you enjoyed The Stranger then it’s highly likely you will like Safe, both of these Netflix shows are based on books by Harlen Coben. The only issue I had with Safe is Michael C. Hall’s slightly odd British accent, other than that it is gripping with lots of twists and turns.

How To Get Away With Murder – Netflix

This series has so much going on, it is packed with plot lines within plot lines! It isn’t one to watch when you are half concentrating because you’ll miss something important. I particularly love that each episode has it’s own case to resolve as well and an unfolding mystery that runs through the entire season.

A bit like Making a Murderer but with a well to do author at the forefront of the case! There are also some wild theories doing the rounds online that are well worth a read after you’ve watched this. I still can’t decide if the guy is guilty or not!

**Disclaimer on this one before you read my recommendations, as this is a free trial, please make sure that if you do sign up, you set a reminder to cancel before any payments are taken. You have to cancel via the platform you sign up on so please make sure you check everything out before signing up and of course only do so if you feel happy to do so. This isn’t an ad for this platform, and I have never used it before but I am looking at signing up to re-watch some of the shows listed below.**

Four Weddings and a Funeral

I binge watched this around three whole times in the run up to my wedding last year. I was a bit sceptical at first that it would just be a copy of the 90’s classic by Richard Curtis but it is it’s own story with a modern take on the film. It also introduced me to Guz Khan who is seriously funny!

Based on real life events of a girl called Gypsy and her mother Dee Dee Blanchard. I won’t give any more information in case you’re not familiar with what actually happened but I will say this is an easy binge and well worth a watch.

I love watching programmes about wrongful convictions and this is another great series about just that. It fascinates me that people can end up in prison after being coerced in to giving false admissions of guilt or due to testimony of supposed medical experts that are later found to be inaccurate.

Again, if you do sign up for this service make sure you cancel it before any payments are taken.

I could go on and on recommending things to binge watch but I’ll leave it there for now. Let me know your favourite programs and box sets to binge in the comments below…